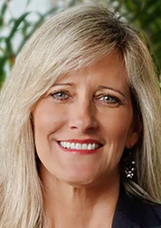 Donna’s story is rooted in STAR’s story. Her father, Don McGlamory, former Director of the City of Brunswick Housing Authority, partnered with STAR Foundation to offer training to residents of public housing. A former Director of the American Red Cross, Donna now serves as Insurance Advisor and Marketing Director for McGinty-Gordon & Associates. A member of St. Simons Community Church, Donna enjoys cooking, traveling and family. She has two children. 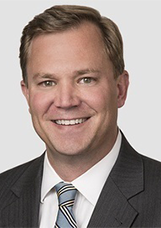 Parker is a partner at Roberts Tate, LLC, a litigation boutique on St. Simons Island, focusing on commercial civil litigation with an expertise in insurance coverage. Prior to joining Roberts Tate, Parker was a partner at the Washington, D.C. firm of Wiley Rein, where he served for 10-plus years. Married to Lauren for ten years, they have three small children.

Parker is currently a Trustee on the Washington Lawyers Committee and devotes several hundred hours per year to pro bono cases. He was named one of City Year Washington, DC’s Idealists of the Year in 2015, an honor given to individuals who impact the lives of others through service and volunteerism. He is currently on the board of Adoption-Share, a Brunswick-based charity that works nationally to leverage technology to bring efficiency, innovation, and reform to the public and private adoption process and to raise awareness about adoption in the United States. Parker has enjoyed being on STAR’s board and using the opportunity to effect real and meaningful change to those most in need of help in our community. 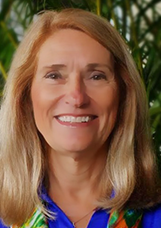 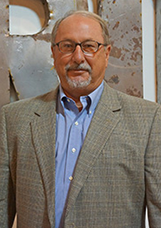 Wally Orrel, a regional economic development professional, is one of the three charter members of STAR Foundation. He along with his wife, Katie Orrel, and sister-in-law, Ellen Murphy, developed the idea for STAR as a way to improve the available workforce in the community. In 2009 Wally left the day-to-day operations of STAR to become President of the Darien-McIntosh County Chamber of Commerce and the McIntosh County Industrial Development Authority. However he has remained on the STAR Foundation Board as an advocate for its mission. Wally is very active in the community serving as the Vice-Chairman of the Southeast Georgia Joint Development Authority, Board Member of the Georgia Association of Chamber of Commerce Executives, Past-President of the Rotary Club of Glynn and McIntosh Counties and serves on the College of Coastal Georgia Business and Public Affairs Advisory Board and the Altamaha Technological College Advisory Board. 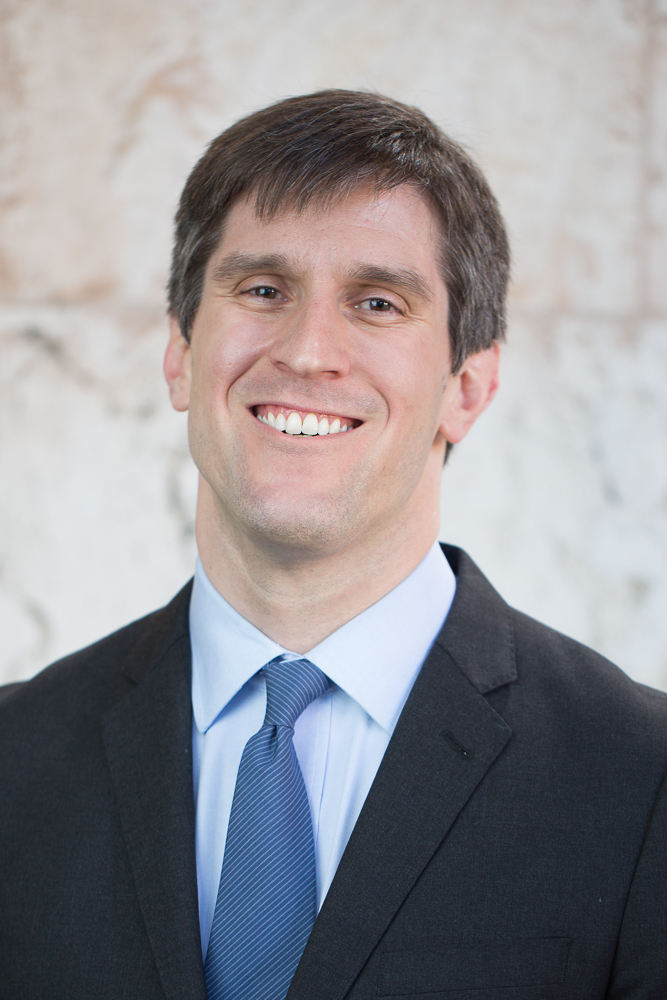 Brendan Bowen
Brendan is married to Nancy Bowen, a lifelong Glynn County resident, and together they have three (3) young children.  Brendan has worked for Sea Island Company for fifteen (15) years and currently enjoys his role as Director of National Sales, overseeing accounts in the mid-Atlantic and west.
In addition to serving on the STAR Foundation Board of Directors, Brendan serves on the United Way Community Investment Committee and is an active member of Saint Williams Catholic Church. 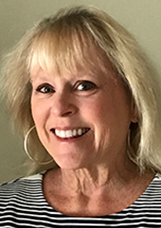 Molly Moroney Norrett is married to Bill Norrett and they have four sons and three granddaughters. Molly has spent her career as an actress and playwright. She has been involved in every field of the business: theatre, directing, voice-overs, television and film. Her plays have been produced in many U.S. Cities, including New York. Molly wanted to be on the STAR Foundation board and help in the fundraising efforts because she is a firm believer in STAR’s mission. 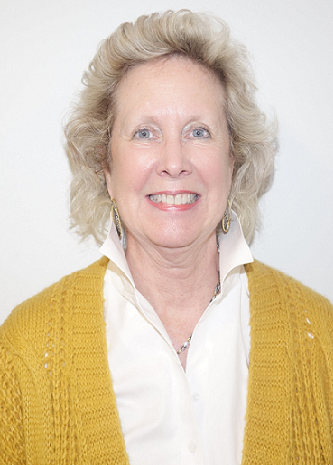 Kris held the position of an IBM Senior Manager at their headquarters in Poughkeepsie, NY for 15 years where, among other achievements,  she developed globally based organizational teams, negotiated and won over $46 million new business growth over three years, implemented significant cost savings, and developed an intern program with local universities to recruit new talent.  Perhaps most significant to STAR’s purpose and board recruitment, Kris developed strategic plans for several organizations that addressed strategy and goal alignment, branding, and growth.

She has a Master of Business Administration from Marist College in Poughkeepsie, and an undergraduate degree from Trinity College, Hartford CT where she studied at the Barbieri Center in Rome, Italy and the Institute fur Europaische Studien, Vienna, Austria.  Past nonprofit board service includes the Center for Prevention of Child Abuse, Poughkeepsie, NY and the Mohonk Preserve in New Palz, NY. 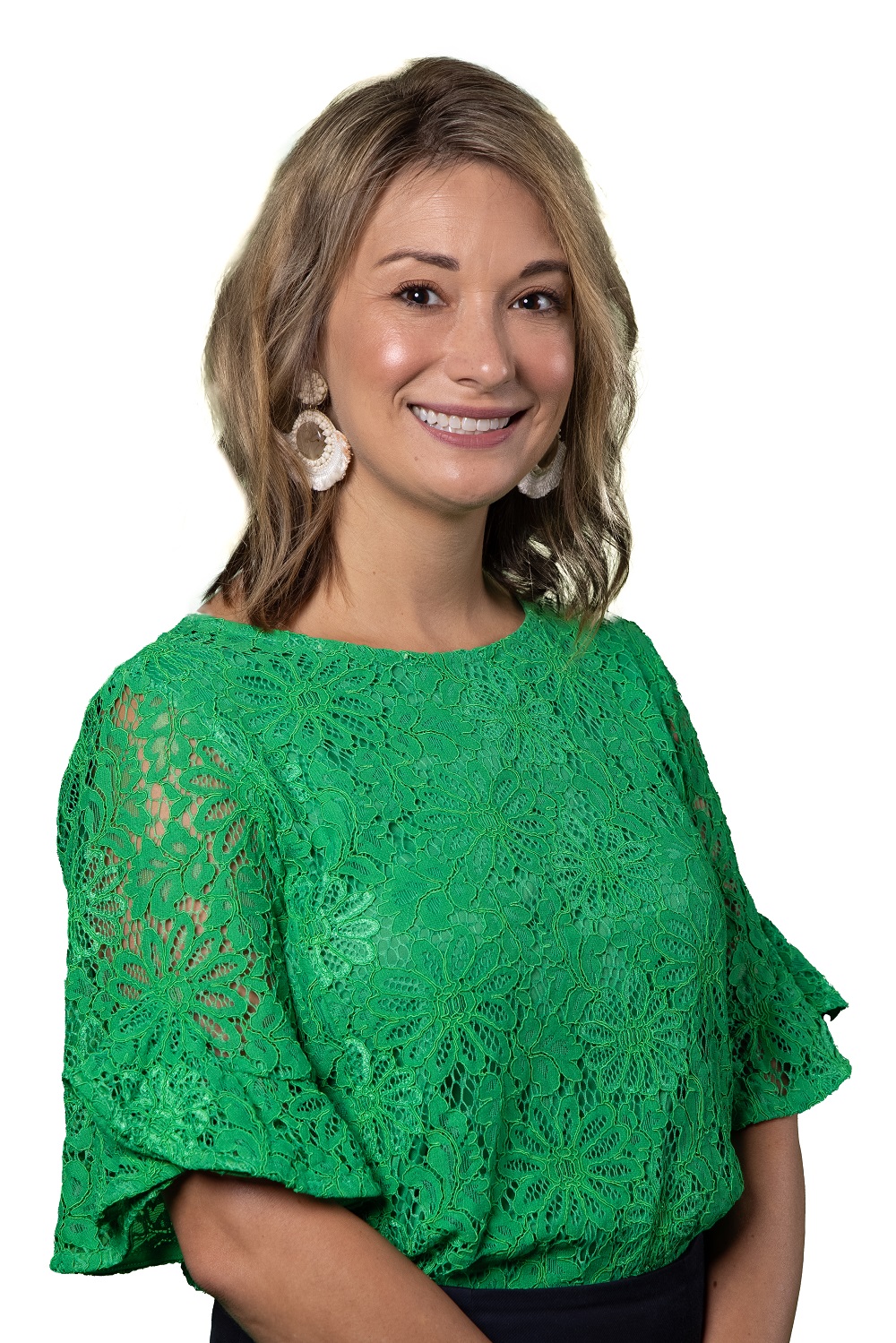 Earlier career experience included a post as national training manager for DeVry University, covering several southeastern states.  She received a BA in Communication from the University of Buffalo, Buffalo, NY.

Vanessa’s expertise is in marketing and communications, interpersonal relationship skills, and presentations.  She is a strong advocate for local workforce development and sought out STAR Foundation to see if there was a board match for her services. 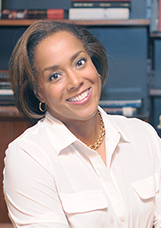 Elaine is a former contributing editor of design for Better Homes & Gardens, a special projects editor at Elle Décor, and is ranked as one of House Beautiful’s 100 Top American Designers. She is the author of Design Rules: The Insider’s Guide to Becoming your own Decorator, and has been a guest on the Today Show. A native of Brunswick, Georgia, Elaine is the product of a teacher and the first African-American physician to gain privileges in the Brunswick Hospital. Upon graduating from Glynn Academy, Elaine attended Yale University, followed by graduate study at the New York School of Interior Design. Nine years as a publicist in New York and Paris were followed by design work in the office of architectural genius Peter Marino. Elaine started her own firm in 1999. 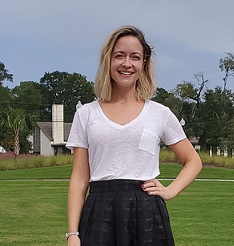 Courtney is a recent St. Simons Island transplant from New York and Nashville, TN. She graduated from the Fashion Institute of Technology with degrees in Fine Arts and Production Management.  She enjoyed a successful career in the fashion industry in New York before deciding to transition to Art and business management.  She came to the area recently to join her mother Carol and father Steve, who have a home here on St. Simons, and divide their time between here and Nashville.  Both her parents and Courtney have an interest in downtown development and see great potential for Brunswick.

While living in New York City, Courtney recognized the disparity between the races and between the “haves” and “have nots.”  She joined the Big Brother/Big Sister program and served as a mentor for several years.  Courtney’s hope is that she may be part of creating a movement to revitalize Brunswick, building upon the gifts of the community in its entirety. 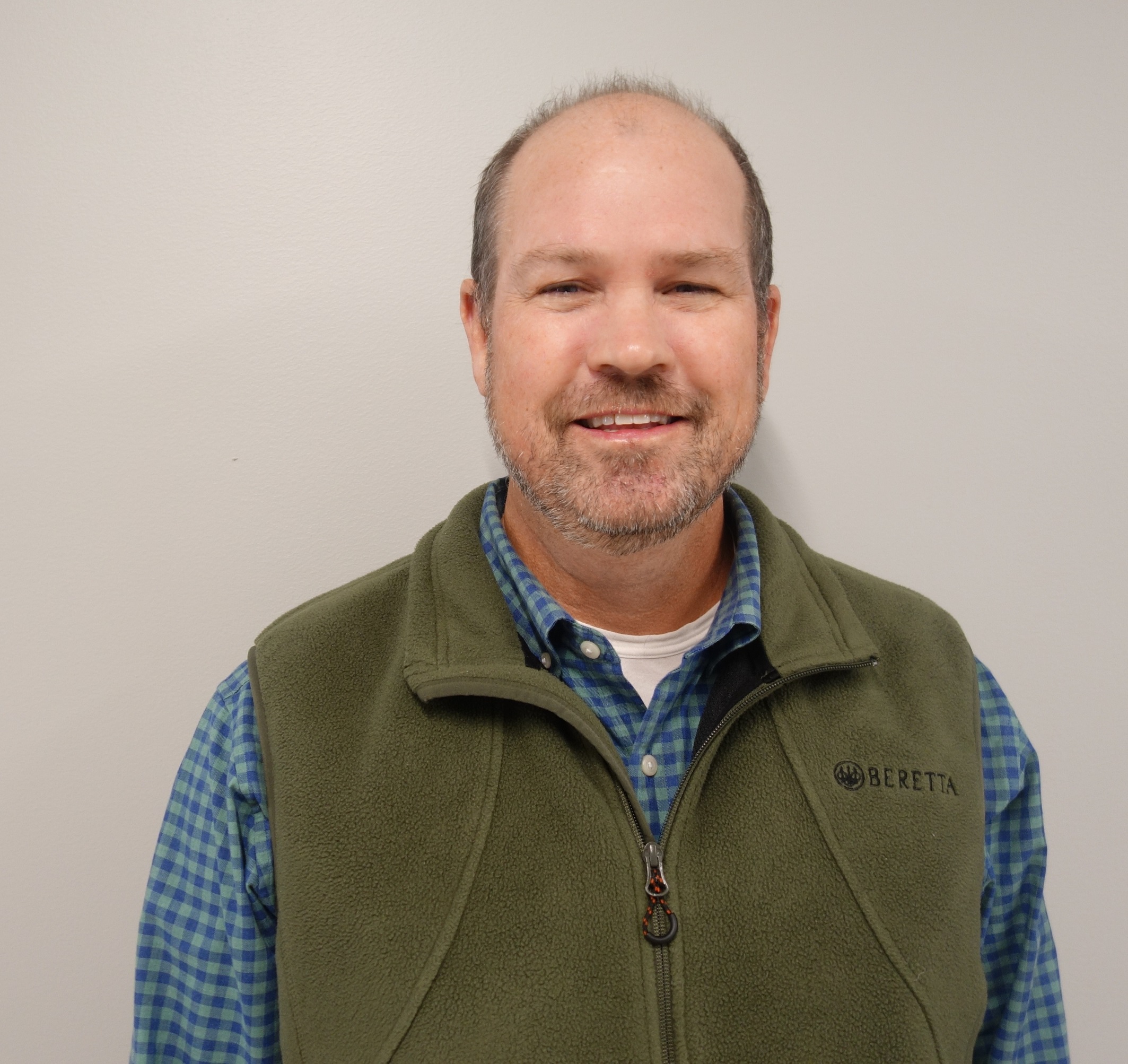 Tye has more than 10 years of experience providing wealth management advice and services. A graduate of the University of Georgia, he specializes in a holistic approach to investment and wealth management along with retirement plan and insurance services.

Tye is a native of the Golden Isles where he graduated from Glynn Academy in 1990. He currently serves on the board of the Humane Society of South Coastal Georgia where he is Treasurer and President Elect. Tye and his wife Tallie are members of First Baptist Church of St. Simons where he has served as a Deacon for the past 4 years. Along with their children Thomas and Sarah Baker the Pipkins’ reside on St. Simons Island. 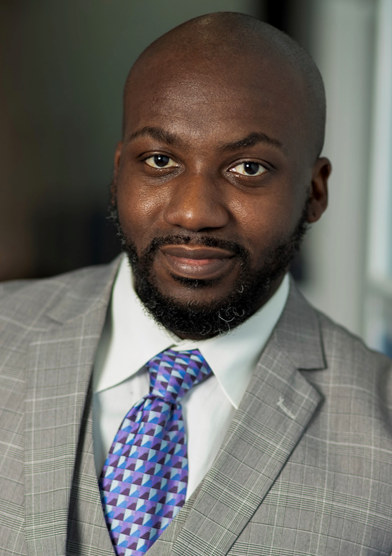 Ben is a Brunswick native who moved back in 2016 when his twin boys were born. Upon graduating from Glynn Academy, Ben attended the University of North Carolina at Chapel Hill. He has more than 12 years of experience in management and operations for big box retail.

Ben is now in the non-profit realm where he is the Director of Retail Operations for the Coastal Georgia Historical Society. He has always believed in community involvement and has previously served as PTA President for Goodyear Elementary as well as his daughter’s recreational basketball coach. He is also on the Board of the Brunswick Rotary Club where he serves as the Foundation Chair, the Small Business Committee of the Brunswick-Golden Isles Chamber of Commerce and highly active member at his church Greater Works Ministries.

Ben is married to Tashina Sterling and lives in Brunswick with their children Caden, Benjamin and James. 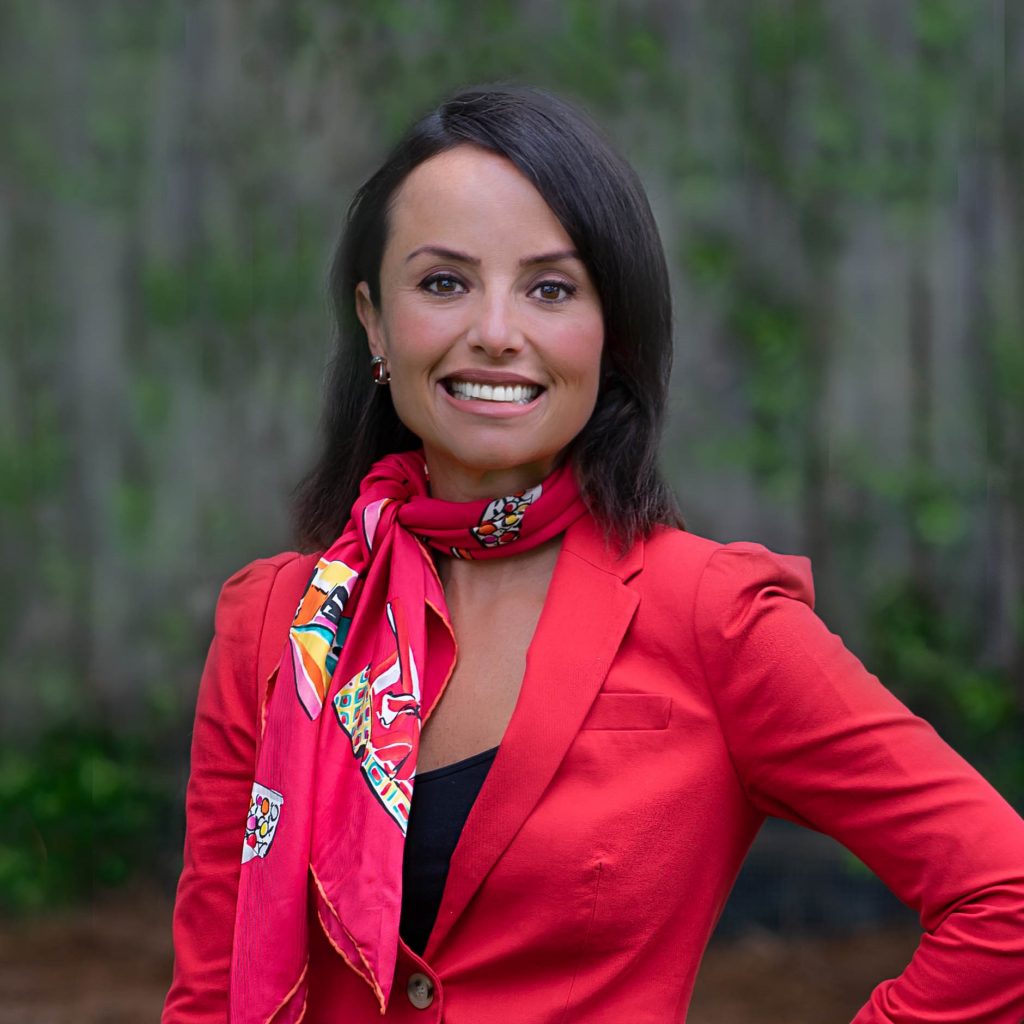 Erika has been in the financial services industry for 14 years.  Originally from Colombia, South America, she came to the United States to go to school.   She holds a bachelors and masters degree from Columbus State University.

Erika has been a volunteer with the United Way, various food banks, Americorps, and has served as treasurer for Junior League.  Having lived in Ohio and Florida, and now in Georgia, Erika always finds ways to donate her time and efforts to the communities in which she lives.  She currently volunteers with the Frederica Academy Parent Association.

Erika has an 11-year-old daughter who is her pride and joy. 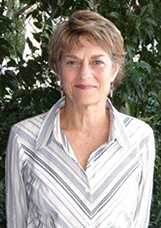 Ellen Murphy, a former special education teacher and business entrepreneur, has a knack for discovering a need and then moving to fill it. In the mid 1990’s her for-profit computer business began offering computer camps to local kids. She soon noticed a substantial disparity in the computer skills of the kids from lower income areas versus those from higher income areas. This led her to speculate that teaching computer skills to the parents of those lower income kids might help the parents find better jobs and improve the families’ standard of living. Together with her sister, Katie Orrel, and brother-in-law, Wally Orrel, Ellen founded the STAR Foundation as computer training program for residents of the Brunswick Housing Authority. In the 16 years since then, the program has evolved from computer skills training classes to a life-changing, transformational program for low income residents of Glynn, Camden and McIntosh Counties. Infused into every aspect of the STAR Foundation program is Ellen’s unbridled love of people, fervent belief in the need for everyone to have basic human dignity and her raw determination to help end the cycle of poverty…one student at a time. 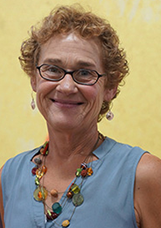 Katie Murphy-Orrel, the daughter of a Head Start teacher, grew up knowing the importance and value of education. Over the years she has worked as an Area Director at Kinder Care, a teacher at United Way and even owned her own restaurant. In 1996 Katie and her husband, Wally Orrel, moved back to Brunswick to be closer to family. They joined her sister, Ellen, at Dataline Computer Services. Over the next 3 years Katie, Wally and Ellen developed the original idea for teaching computer classes to help lower income people find better jobs. The idea grew until it became a mission and the Southern Technological Advocacy Resource Foundation (or STAR as it is known today) was born. Since 1999 Katie has served as an instructor at STAR. She is passionate about each and every student that comes through the door at STAR. Through love, determination and a generous sprinkling of dry humor she pushes her students to do their best and strive to reach their goals. 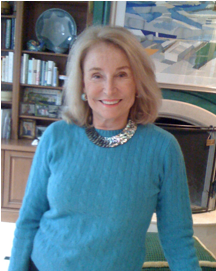 Penny Flickinger, former board member, passed away in 2018, but the financial and passionate emotional support she gave so generously lives on at STAR. Penny was an active member of the board from 2015 until her last months battling cancer. She organized a team of committed event volunteers and orchestrated our GALA event – STAR’s major annual fundraising effort. She seldom missed the opportunity to interact with our students – ever present at their “Vision Poster” presentations, graduations, and special events. At her death, her children vowed to carry on her commitment to STAR and have seeded a STAR Angel campaign to create a “simulated workplace laboratory” at STAR’s new headquarters which will be named in her honor and her memory. Philanthropist…STAR promoter…student and staff encourager…gracious gala hostess—there will never be another STAR Angel quite like Penny! 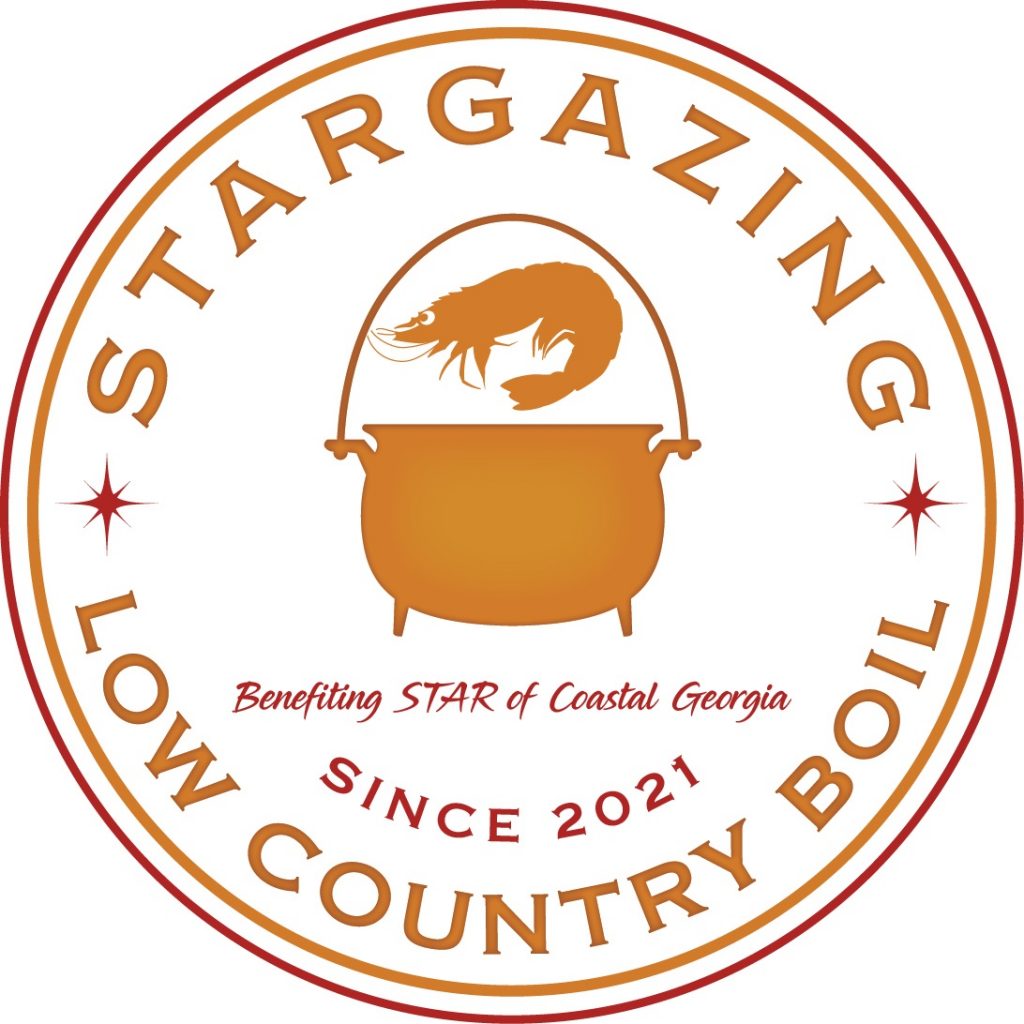